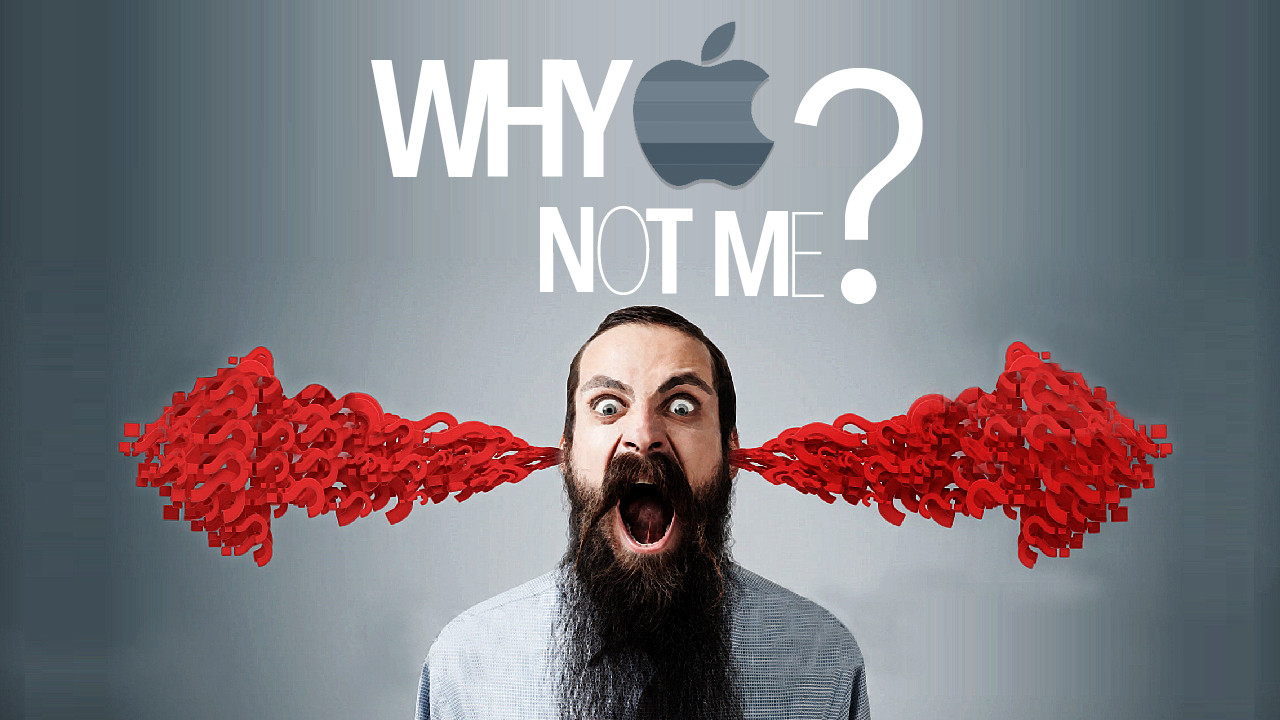 Why Apple is famous and you’re not

Though it is an apple that fell on Newton’s head or IOS’s Apple, if we talk about either of them they got famous. Users other than Apple makes fun of those who use it because of it’s cost, still it is a matter of debate if we discuss about the best OS in the current market. There may be many features present in other OS, but because of it’s unique features it got famous.

If we talk about an apple that fell on Newton’s head or the other one. It seems to be nothing special about both, it looks like over hyped. Some say that they got easily famous without putting much efforts in it. But the creator of both knows its value and the one who felt it, knows its importance.

You know how much an apple have struggled to fall on that of newton’s head. Let us personify an apple; He struggles to get separated from the tree, invested efforts for that, arranged a target for him that is Newton’s head and fell on that.

Similarly, IOS have struggled a lot in its earlier days with the existing OS in market to stand out from the existing market to make it’s own way. Year after year it got better and IOS evolution is applaudable. During 1990s Apple faced low user base and poor sales but after ipod it got fame. Now, it is making business like anything both of its software and hardware.

When your company faces a struggle try to be innovative find new ways to stand out in the competitive world. Try to be provide unique services, apply marketing tactics.

Apple is unique because of its simplicity that are its native apps and its accessibility with an ease. Try to provide simple services to your client, don’t go for complex designs which will be hard for users to operate. If client ask you for UI and UX provide him the easy yet innovative solutions, which are handy to user base don’t go for complex one and make things complicated. Things are getting to mobile. So, more than desktop people look into mobile devices for that the designs need to be responsive and accessible with ease.

Newton might have have got many things on his head a leaf, rain drop or a bird’s shit but, have you wondered why he discovered gravity when apple fell on his head. There are no magical powers in an apple, neither Doraemon's sci-fi tricks present in this process.

It is purely matter of time, He might be doubtful about the things, and there is certain thought process might have running before, so during that period an apple fell and hit the right spot. Similarly, IOS came into market with innovation when there was competition among same kind of stuff around. It had the potential which others lacked and people wanted to try that. So, it hit the right spot at the right time.

Here the lesson we learnt is we have to provide that service which IT world is in desperate need. Our company focused on ERP solutions services at this time because the world is getting dynamic and people are seeking for that solution which can help businesses down the lane in upcoming years. ERP have that potential and hence we are focussing on it. We repeat, hit the right spot at the right time.

You know what !?, Apple OS runs only on its devices, if you want Apple OS then you have to buy that device or vice-versa. Here they applied AND gate logic, now this is what we call a marketing strategy. Get a bright selling idea for your services that’s what the Apple suggests us.

Now the interesting part is we want to tell you why we used an example of Apple only, it’s because of its brand. My cook does innovation and uniqueness with his food plus he have idea of “the right time” as he cooks special food on special occasions. But, if we talk about him we would end up with attracting less number of crowd. Therefore we used Apple brand to raise more eyebrows.

Dare to take the untravelled Road, for it leads to beautiful Destination,Period.